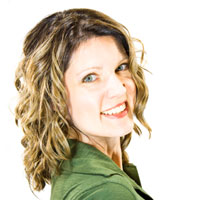 We have an expert in the house!

Please welcome Amy Warden, owner of Great Cakes Soapworks in Kansas.  Amy handmakes her soaps using a cold process and delicious ingredients (like olive oil and goat's milk).
I found Great Cakes while researching for my novel and on top of answering my questions, Amy was kind enough to send me some samples.  I was so blown away by them I had to have her on the blog.  She's here every day this week to answer any questions you have about making soap - face, body, even laundry detergent.  Amy also makes lotion and lip balm, so don't be shy.
All of the following reviews are completely unsolicited. 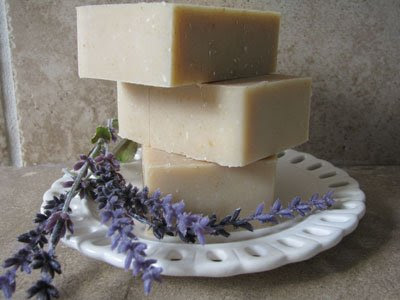 Lavender Meadows Goat Milk Soap
My formerly nice Asian skin has been acting like a psychotic teenager lately to my intense embarrassment.  I've used this soap twice and already my face is smoother and not screaming at me anymore.  The scent is light and calming and, like all Amy's soaps, washes off with no residue.  Fans of Lush are going to love this soap. 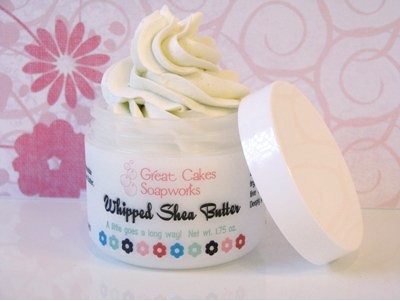 Whipped Shea Butter - Hazelnut Vanilla flavor
I'm a compulsive hand-washer who lives in a semi-arid climate and I keep my tiny tub of this on the mail table to dab on before I leave the house every day (just a little bit works).  Today my ashy legs (yes Asians can get ashy) itched like crazy until I dabbed them too.  It's stayed on all day.  My boyfriend likes the smell way more than the national hippie brand I was using from the drugstore. 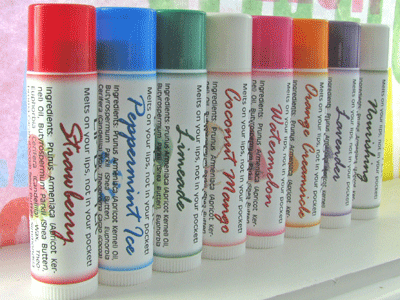 Handmade Lip Butter - Orange Creamsicle flavor
My favorite part about Amy's products is how clean they feel and smell.  With the low number of ingredients that I can actually identify, I like feeling "natural".  I'm a handmade junkie now.

Great Cakes will debut the Valentine's Day line on January 31st - only 11 soaps in each batch so get 'em early.  You can get 10% off all orders for life with the Preferred Customer Signup.

Blog
Facebook
Twitter
Leave any and all soap questions in the comments - Amy will come by everyday to answer them.  (Make sure you're registered with Disqus or at least signed up to receive replies.)  If this goes well, I might start an Ask the Expert series!
posted by Sophia Chang at 12:03 AM No comments:

Aria Dragons and Air Force One

It's Chinese New Year and you know what that means:

I tagged along on a last-minute trip to Vegas (aren't they all) where every casino was decked out in dragon red in the hopes of seeing more Chinese green. 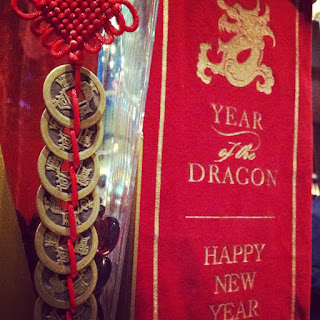 Look at those coins. See, about the money.

Dragon year is going to be amazing - as writers y'all better harness this energy.

To make investment bankers jealous of how we roll.  Duh.  Why else did you take this lucrative job as a YA author?

To inspire you, here's a video of the reason my return flight was delayed: Air Force One bringing the President to Vegas.  Our video doesn't capture the massive size of this plane - seriously the biggest one I've ever seen IN REAL LIFE, including the double decker jumbo jet I took to Taiwan back in the good old, um I won't say what decade. 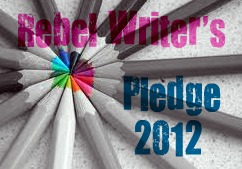 Hosted by SA Larsen
Need more inspiration?  The button will take you to the list of blogs in this hop.
You raging to do anything in 2012?
posted by Sophia Chang at 4:07 AM No comments:

Say No to SOPA

I'm in the middle of celebrating my One Year Blogaversary, which I wouldn't be able to do without all of you: the friends I've met through blogging and the internet.

No way am I going to give up the community I've found because of ineffective, illogical and misguided censorship.

If you love the first amendment like I do, learn more or write to Congress through these links:

To thank you for your "folla's", I am giving away TWO prizes - one for readers, one for writers! 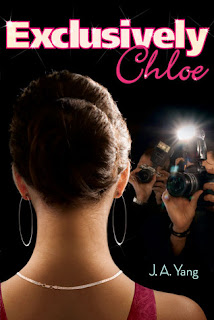 Summary from Goodreads:
Chloe-Grace can't help it - she's spectacular. How could she not be with celebrity parents who have been the queen and king of Hollywood for years? And Chloe is a celebrity all unto herself as well - she's the first celebrity-adopted kid in Hollywood.

But now Chloe's sixteen, and she is tired of every undesired moment of the world's attention. She wonders what it would be like to be a "normal" kid in a regular school. To really understand it, though, she would need to go undercover. So after getting a "make-under" at the hands of her mother's fabulous stylist, she enters the "real" world. But she soon finds out that there is just as much drama there as there is in Hollywood....


Author Bio:
J.A.Yang has slummed it in the valley with the Wakefield twins; slumber partied with Huey, Dewey and Louie; joined Krakow in stalking Angela; and climbed every mountain with the Von Trapps. He is the author of Exclusively Chloe. He lives online at www.jonyang.org.
***
I love that this book is like Maddox Jolie-Pitt's story - an Asian adopted by non-Asian celebs.

Angel and Demon 25-Page Critique
The very generous Krispy and Alz from A Nudge in the Right Direction will EACH critique up to 25 pages of your WIP.  That's TWO critiques in one prize!

Why is it called the Angel and Demon Critique?

Because if anyone has read one of Alz's famous rants, you'll know she doesn't pull any punches. She won't be vicious or unnecessarily brutal, but she also doesn't tone anything down just to spare feelings.  Only the brave should apply!

Why would I want a Demon critique?

Testimony:
I have undergone an Alz critique and emerged better for it.

Last year I fiddle-edited a draft forever - you know, when you agonize over a single word and call it revising - and it still wasn't working.  I had a sense of where it could go, but I couldn't stomach the thought of rewriting it AGAIN.

So I sent it to Alz.

She tore it apart so thoroughly (and hilariously) that it broke all petty emotional ties to that draft and freed me to start from page zero.  It was revolutionary - and just in time for NaNoRevMo.

Plus she has an MFA in Fantasy.

So Krispy is the Angel? Bwahahahaha-

Shhh, not so loud.  After Alz, Krispy will be a soothing balm of puppies.

NOTES:
Enter through the RAFFLECOPTER below.
Both prizes are international.
You can enter for one or both, but only one winner per prize.  (Make sure you specify which prize you want in the comments!)

And now, 1-Year Blogaversary Fest continues with - a meme you can steal!

Take the first line from the first post of each month this year (link to it) and you've got your very own blog in review.

February
The 48-Hour Dark Experiment
" You can't make me, but you can sure join me! "

March
I Dreamt of High School, I Mean Beverly Hills
"I've been having a series of intensely vivid dreams this week and after reading Lauren Oliver's Before I Fall yesterday I was sure I'd dream about it. "

April
April Boobs Day
"When I first moved back to NYC after a run through Hollywood, I got a new friend to spread a rumor that I had gotten implants."

June
May/APA Music Crush of the Month: Bruno Mars
"It may be June, but APA month continues here at Sophia the Writer!"

July
Boba 4 Life!
"Accent vlog with Krispy concludes with read-alouds from Imaginary Girls and White Cat - plus a lesson in what to call your grandparents in Taiwan Mandarin. "

August
Mashti Malone
"I'm off to the 40th SCBWI Conference!"

September
1000 Mile Weekend
"Sorry I'm behind on the writer's campaign and CPing - I was getting card sharked by this kid:"

October
In My Mailbox #4
"It's time to thank some giveaway hosts!"

November
NaNoRevMo and WriMo
"This is the first Saturday I haven't had to work or rehearse in over a year!"

posted by Sophia Chang at 4:26 AM No comments:

A Year of Blogging

My 1 Year Blogaversary is coming up on 1/11/12 and to show my gratitude for your support and friendship, I've got a great giveaway planned!

Through this blog I've met amazing friends like Krispy and Alz from A Nudge in the Right Direction IN REAL LIFE, drunk way too much Boba (4 Life) and...


Reunited with my celebrity crush!
Thanks to social networking, my celebrity crushes are well aware of how much I stalk support them.  So You Think You Can Dance's Robert Taylor, Jr. even responded to my tweet about dreaming he was my soulmate:

But the most epic win last year was the conclusion to my 10-year-hunt for Dante Basco, the cutest guy who ever asked for my number.  (The most famous was someone from the Matrix but he was 15+ years older than me and I didn't recognize him.)

Dante himself not only commented on the post, but retweeted to his legion of stalkers followers.  And yes, ladies, he did apologize for losing my number.  SEE FOR YOURSELF.

In addition to his great sense of humor, Dante is committed to the Asian-American and Pacific Islander community and has formed a production company to tell our stories - and his lovely lady helps produce.  They just finished shooting their next film, Hang Loose, in Hawaii so I hope you'll support him when it comes out.

TwiHardFact: Dante lived with Justin Chon while in HI.  I can't tell who is luckier.
posted by Sophia Chang at 1:55 AM 17 comments:

For 2012, I'm cutting down on my expenses and finally getting through the books I already amassed through
And no more books from the library until I finish the ones I own!  The last library book I still have from 2011 is Vanish: A Firelight Novel by Sophie Jordan so I'll probably finish that first.

I'll be reading at the Grungy level: 20+books.

Happy 2012: Around the World in Under 5 Minutes

You know that guy who quits his finance job and travels around the world photographing amazing places all year?

That guy is my friend Kien Lam, and yes, I hate him too.  Especially after this absolute sick video compiled of time lapses he shot from the 60 cities he visited.  He composed the music with his brother William and it's so breathtaking I wanted to herald the new year by sharing it with you.

If you had a reaction like mine (one too inappropriate for a YA writer's blog), you can check out his work here: Kien Lam Photography