How to Be Awesome (Crazy Cat Lady): APA Month Interview with Paula Yoo

One of the hazards of being a writer is befriending more crazy cat ladies than I care to count. This one is so cool I went as her for Christmas (photo at end).

I'm sharing her wisdom and enough cat craze to make you sneeze through the rest of APA Month. Please welcome my safety-school graduate friend, author and TV writer Paula Yoo!

Paula Yoo is an award-winning children's book author/novelist and a TV writer/producer. Her YA novel Good Enough (HarperCollins, 2008) was a 2009 Honor Book of the Youth Literature of the Asian/Pacific American Award for Literature. Her other books include the IRA Notable non-fiction picture book Sixteen Years in Sixteen Seconds: The Sammy Lee Story (Lee & Low Books, 2005) and Shining Star: The Anna May Wong Story (Lee & Low Books, 2009), which also won the 2010 Carter G. Woodson Award from the National Council for the Social Studies. Her TV credits range from NBC's The West Wing to FOX's Tru Calling and SyFy's Eureka. She is also an honoree of the 2012 Writers Guild of America Feature Access Project competition in feature writing. Paula is a former journalist for The Seattle Times, The Detroit News, and PEOPLE magazine. She graduated with a B.A. cum laude in English from Yale University, an M.S. in Journalism from Columbia University's Graduate School of Journalism, and an MFA in Creative Writing at Warren Wilson College, where she was the recipient of the Larry Levis Fellowship in Fiction. Paula's teaching experience includes teaching composition and English at Glendale Community College, creative writing at the UCLA Extension Writers' Program, and she is also a certified K-12 substitute teacher in the Culver City Unified School District. When she’s not writing or playing with her three cats, Paula is a professional classical/rock violinist who has performed and recorded with bands like No Doubt, FUN, and the King Crimson tribute band The Great Deceivers.

PAULA: I was never an animal person until my first cat, Oreo, started visiting me. It was 2008. I was between TV writing jobs and writing at home. This dirty and clearly abandoned stray black and white cat kept visiting me every day around 10 AM outside my study (I had these sliding glass doors that led to the backyard from my study). It was kind of nice to have someone around to listen to me when I talked out loud about story problems and act beats. :) He visited me every day for about a month. I didn't have any pets, so I just fed him tuna and water. And then one day, he didn't show up. I immediately BURST into tears and walked for two miles around my neighborhood, looking for him. When I got home, he was waiting for me. Turns out he was just late! I immediately realized I had to adopt him, and Oreo has been with me since 2008. Beethoven and Charlotte joined us in 2010 when our cat sitter, who is also a surgery vet tech, called us after she had found these kittens born in a garage who needed a home. I had no idea I would turn into That Person Who Posts Way Too Many Cat Photos on Facebook and Twitter. My proudest achievement is not writing books and TV or playing the violin or graduating from college. My proudest achievement is being Crazy Cat Lady. P.S. Here is the youtube eHowPets "Warm and Fuzzy" series piece about me & my cats!


2) On your panel "Taming Tigers" for the Beyond the Bad & the Ugly Conference, we talked about the enormous pressure Asians, particularly from our generation, faced from our families to excel beyond our human capacities. Some of us, *ahem* you, have achieved those, and others of us still suffer the traumatic impact of this pressure (the rest of us). What can we do on a personal level to heal from this? Is there anything we can do on a cultural level?

PAULA: First of all, I think there's nothing wrong with having ambition and lofty goals. Working hard, being ambitious, wanting to be the best you can be… these are all wonderful, positive character traits that should be lauded in our country. BUT… as the saying goes, it's not about the end, it's about the JOURNEY. This needs to be emphasized more, especially in the Asian American community where culturally, a lot of Asian American young people are raised under enormous academic pressure and ridiculously high expectations. Being ambitious and competitive and wanting to "win" is fine, AS LONG AS YOU ALSO ARE GIVEN THE TOOLS TO LEARN HOW TO COPE WHEN YOU DO NOT "REACH" THOSE GOALS. You have to learn to treasure the journey itself. If I had never gotten a book published or never gotten staffed on a TV show, of course I'd be disappointed! I would totally cry and be upset! But after a good pity party, I'd get back on my feet, roll up my sleeves, and apply all that hard work and focus I had developed towards those goals and either try, try, try again OR apply these new work skills in a different direction that would be equally creatively satisfying. Everyone, whether or not we "achieve" our goals, needs to concentrate on also developing our COPING skills and learning how to think outside the box when life hands us lemons instead of lemonade. My favorite example is when one of my favorite Olympic heroes (aside from the great Dr. Sammy Lee), ice-skater Michelle Kwan, graciously and proudly told reporters that she did not "lose" the gold to Tara Lipinski, but that she had WON THE SILVER. So I guess on a personal and cultural level, I would encourage everyone to go for the gold but be grateful when you win the silver, and if you don't place at all, be proud of the journey itself.

3) Okay seriously, how did your life get so good? Writing for TV - how did that even happen?

PAULA: I love how you think my life is so good when I'm still between TV writing staff jobs and haven't sold another book yet and am dealing with a leaky roof. :) The problem with being a writer is that you constantly have to hustle. You can't rest on your laurels. Especially if you are writing professionally and it is your only source of income. BUT… even if you have a full-time NON-writing job and you are a Weekend Warrior Writer working feverishly on that novel or script in progress, you still have to keep writing because writing is like wine - it gets better and deeper and more complex over time. :) As for TV, I originally only wanted to be a novelist. That's all I ever did. I majored in English in college and got my M.S. in Journalism and my MFA in Creative Writing. I thought I would either be a journalist and novelist or a teacher and novelist. I accidentally fell into TV when a friend suggested I try out for the Warner Bros. TV Drama Writing Workshop. For fun, I wrote an ANGEL spec script and to my shock, I was accepted into the program in 2002. I was immediately hired on THE WEST WING (NBC) after the workshop ended, and it's been a crazy roller coaster adventure ever since. The learning curve was harder for me than other folks because I knew NOTHING about the TV industry and how it worked, so it took me a little longer to figure out the business as an outsider/civilian, but again, the journey has been worth it. I think writing for TV has helped me immensely when it comes to plot and structure for novels, and I think my novel writing geared me towards being a very strong character-driven screenwriter. It's like mixing peanut butter and chocolate together. :) 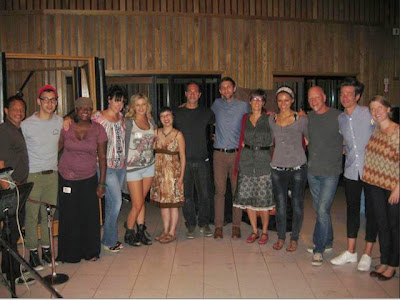 PAULA: When I'm not writing books or TV or playing with my three cats, I am a professional freelance musician. I've been playing the violin since kindergarten. Although I'm classically trained, I also play with a lot of rock, jazz, country and even bluegrass/Celtic fiddle bands. I've gone on tour with Arthur Lee of Love and Spiritualized and done gigs with everyone from No Doubt to Fun. And I'm in a King Crimson prog rock tribute band called The Great Deceivers. 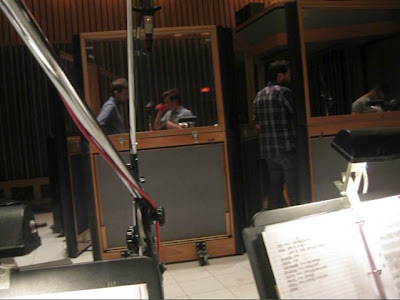 As for FUN, I was contracted by a good friend to play in a string quartet for their November 2011 gig at the Troubadour. This was right before they blew up big! It was such a fun gig. We then were invited to record an all acoustic version of their biggest hits, plus a Van Morrison cover, for an iTunes Session at Capitol Records in September 2012. I wish I could have gotten you a signed poster but the recording session was a really intense 12-hour day. To compensate, I'm enclosing a couple pictures instead. :)


5) Help us fellow yellow sisters out. What are the top 3 Paula Yoo Tips for Yellow Sisters Who Want to Live a Fabulous Life?


PAULA: I too would like those tips because I love my life but I don't think it's fabulous yet. Remember, I have a leaky roof. Plus, despite my accessorized outfits and trademark red cat-eye glasses, I'm surprisingly messy and unorganized and our house looks like a college frat dorm on a Sunday morning. Seriously.

But as I too still strive for the Fabulous Life, my three tips are:

So to end on a happier note, I would include Step No. 4 to a Fabulous Life. 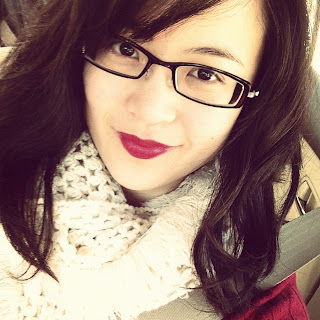