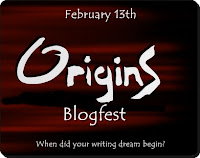 Hosted by DL Hammons, Katie Mills, Alex J. Cavanaugh and Matthew MacNish
Most things in my life trace back to being incredibly unpopular.

I was the only Chinese kid among the white musical theater kids, so I was relegated to "the funny sidekick" role no matter how good my auditions were.  Good training for Hollywood.

I was the only one among the Chinese kids who dyed my hair, had boyfriends, and did musical theater.  (Now they ALL dye their hair.  Biters.)

My typical day at school consisted of fending off taunts by ugly cheerleaders and thick-necked jocks.  It was THAT cliche.

So at night when I wrote in bed, I didn't write about kids with problems.  I had enough of them in real life.  I wrote about Sam Slinsky.

Samantha Slinsky is the daughter of an Austrian bodybuilder and a Czech-Chinese prima ballerina.  Her sister is a super-waif made famous by a silhouetted kiss portrait taken with and by her photographer boyfriend.

Sam's story begins on the day of the Academy Awards, which her dad is up for in Super Awesome Action Hero category.  When she opens her locker at school, paper Oscars flutter out, planted by her extraordinarily hot, tall and thin HAPA boyfriend.

The requisite mean girl walks by, livid with envy, but her snark is cut short by Sam's biting and loyal best friend.  That's right.  Sam doesn't have to fight her own battles.  She's THAT popular.

Her day goes on in this fashion, with public admiration humbly demurred.  Because Sam can afford to be humble and abashed, what with her mansion and millions and famous parents.  No wonder people like her.  She didn't have to be sarcastic and angry like me.

And wait 'til you meet her parents.  They're gorgeous and in shape and better yet, they love her.  Without her having to get all A's.  (Notice they're only 1/4 Chinese.)

This was the kind of story I liked to tell at that time.  The more stressful my own life was, the more perfect Sam's.

The thing is, it's not that I didn't want to be Sophia.  Sophia was just as cool as Sam.  The difference was, nobody knew it.  I wanted Sam's fame and popularity and public recognition. 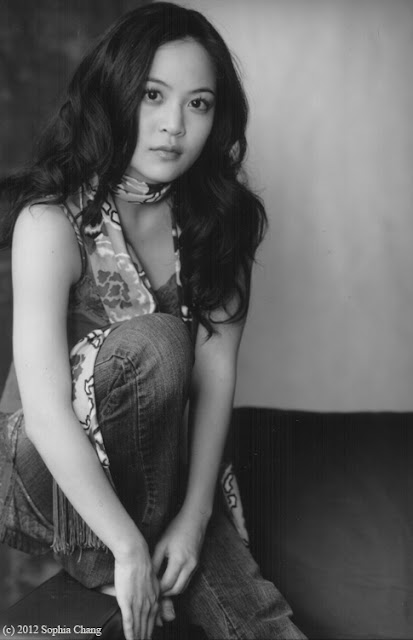 Well, you know how my story turned out.

I took myself to Hollywood.

Sophia Chang is the daughter of Chinese-Taiwan immigrants: a computer guy who hated his job and a wacky Tiger mom, who pushed their kid to make it, on her own.