My Gray Car: On Being Out As A Writer

I'm infinitely proud of my CP Juliana Brandt for hosting her very own blogfest!  I'm not surprised it's dedicated to celebrating each other as writers - Juliana is an incredibly supportive and positive writer. 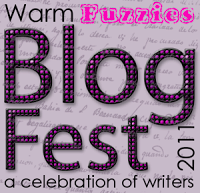 The first week's question asks: How do you broach the subject of being a writer to other people who aren’t authors?

Everybody is a writer.  Even the actors (try to) write.  Even big-time directors "really want to write."

In fact, disclosing that I'm also a writer has a surprisingly beneficial effect of telegraphing my poverty-ridden status quickly and efficiently.  It signals to other writers that I'm not a viable money lender, to my a capella group that I'll be wearing a suspiciously similar dress for this upcoming concert, and to everyone else that my gray car is actually white.

Hey, car washes are not cheap in L.A.

On a serious note, I never introduce myself as a writer.  When people ask, "What do you do?" they mean for money.  When I was in The Biz (yeah I said The Biz), I didn't call myself an actor until I made money doing it.  (Good thing that happened really quickly, or I would have been a "um, nothing" for a long time.)

So I tell people what my money job is.  The writing might never come up at all.

The only people I actively avoid talking about writing with are my boyfriend's family and my father.  Old school Chinese who live by "show me the money."  I have no money to show them, but they're welcome to ride in my gray, I mean white car.

Those folks rarely ask about my writing anyway.  It's less than a hobby, like biking.  It's a shameful frivolity not worth mentioning.  I prefer it that way.  Their negativity and insulting comments are better left unsaid.  (We already know you don't want to write in a Chinese family.)


It is impossible to discourage the real writers - they don't give a damn what you say, they're going to write.
Besides I have you guys.  That's all I need. :)
posted by Sophia Chang at 2:31 AM